Paris Cracks Down on Slumlords 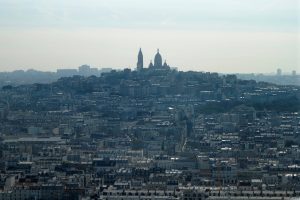 A new case delivers on the government’s promise to treat bad landlords “like drug dealers.”

This week, a court in Paris handed out its toughest sentence yet against a slum landlord. After first being acquitted in 2015, a Parisian landlord received a two-year suspended prison sentence and a €500,000 ($619,000) fine on appeal after he was found guilty of renting an insanitary and dangerous building to a large number of tenants who felt they had nowhere else to go. While the response is unusually firm, it appears to be just the first salvo in a new battle against so-called Marchands de Sommeil—“sleep peddlers”—from a government determined, as minster Julien Denormandie put it, to “hit them in the wallet.”That crackdown, announced in December and ratified in January as part of a general overhaul of housing laws, is coming because the courts currently seem to be failing to rein in the excesses of abusive landlords. Under current laws, around 3,000 sites in France are condemned for their poor conditions each year, but only 80 to 90 landlords face actual criminal charges. This is partly because proving guilt is difficult under current laws, and partly because already marginalized tenants can be afraid to complain or testify because of threats and intimidation.
So what’s to be done? Such landlords need to be “treated like drug dealers,” said Denormandie, France’s secretary of state for territorial cohesion. In practice, this means putting the burden on accused landlords to show their income is not being gained from slum property; until now the onus has been on the court. The law also seeks to tighten rules around declaring bankruptcy, to prevent landlords dodging fines by declaring insolvency. And finally, the government has sworn to push for tougher penalties, in a situation where heavy fines and prison time of up to five years are possible, but rarely meted out.The case in Paris this week looks to be the first example of this get-tough attitude. It certainly deals with a property that sounds especially unpleasant. Located at 40-44 Rue Marx Dormoy (viewable here on Google Street View) the building was reportedly covered in mold and ridden with vermin, its faulty heat and lighting would have made it tough to live in even with only a few residents. The landlord, Michel Zaghdoun, nonetheless packed over 200 people into a space of just 830 square meters (just under 9,000 square feet), most of them families who had migrated from South Asia, Le Parisien reports. The accommodation didn’t even come cheap. One five-member Sri Lankan family apparently paid €660 ($814) a month for a room of just 12 square meters (129 square feet), according to newspaper Libération,paid in cash to a landlord who made regular snap visits without notice.
Discovering the overcrowding and poor conditions, the city already reclaimed the building by compulsory purchase in 2013 (for which it was still obliged to pay the landlord a massive €6.7 million) and it is now undergoing conversion into 44 public housing units. Zaghdoun was initially acquitted of wrongdoing at the property, but was returned to a court by a consortium of two housing activist groups and 10 families who had lived in the building. At appeal, he claimedthat the apartments had been in good condition when the rental contracts were signed, and that he had in fact believed that they were occupied by single tenants—a position ultimately rejected by the court.Does his conviction mark a turning point? In terms of serious sentencing, yes. Looking at the case’s years-long timeline still shows a key hitch in chasing down French slumlords—cases frequently take up to seven years to process. In one case in the Paris suburbs, it took the municipality 10 years to get rid of a Marchand de Sommeil who rented out 40 substandard homes.

France is trying to address this delay with another tool: a “landlord’s license” first created as a concept in 1914 and gradually being adopted by municipalities across the country. In areas that have adopted the license, landlords must get certification from the town hall that their properties are fit to live in. Failing homes would have to be repaired to reasonable standards before the landlord finds new tenants, under threat of a modest initial fine of €5,000. Moves like these may succeed in steadily encroaching on the territory of exploitative landlords. In a country where many people with limited local connections are both desperate for somewhere to live and unaware of the minimum standards they have a right to expect, Paris’s insanitary housing may still take some uprooting yet.